On this page you will find pictures of the remaining motors.
(11 Sorianos, 3 Hors-Bords Jean Dupuy, 4 Romanis, 1 Romani Soriano mix) 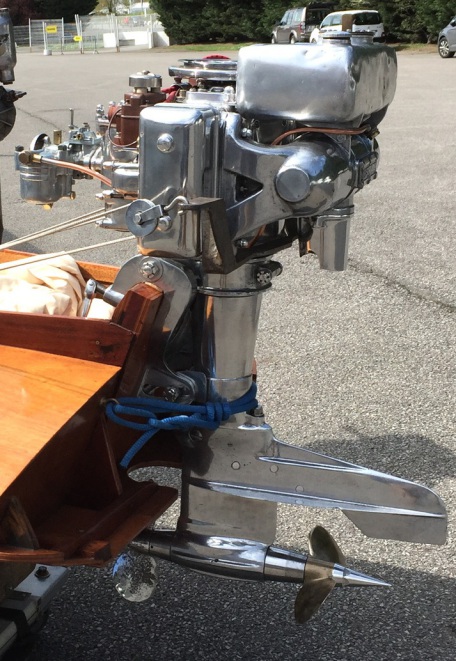 It was recently discovered in a scrap yard.
It is the only Soriano with a surviving example of the original gas tank.
This one has been saved and is in good hands. It's history is not known,
but it must have been used in Paris at the Canot Club in the 30's 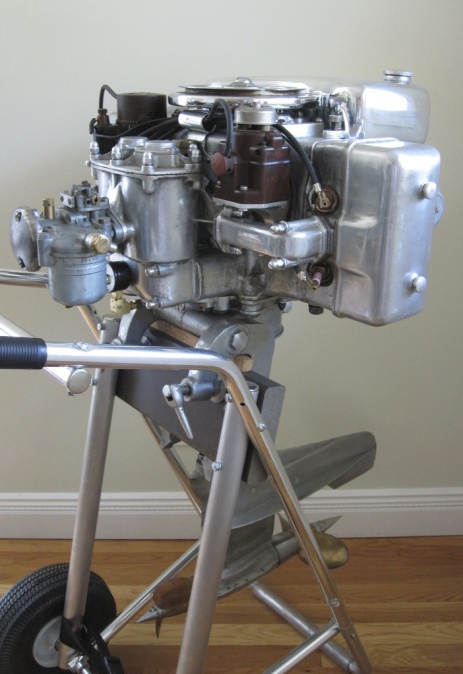 It was raced in the 40's during the Geneva International Boat races. It was then stored under a table in a garage for decades. Painted red and blue. Was found by a collector in the 90's. 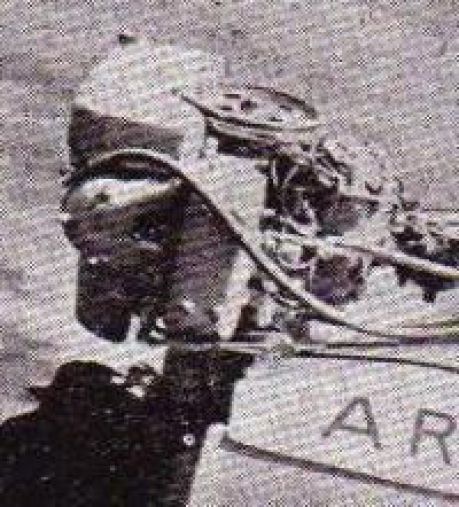 This 4 Cylinder was one of two that made it to Sweden in 1931. It was used in 1931 and 1932 by Swedish racer Eric Pehrson. He decided to buy a 6 cylinder in 1932, but never brought one back to Sweden. This 4 cylinder was sold and later droped in a wall as it was being poured. Sweden (buried in wall) 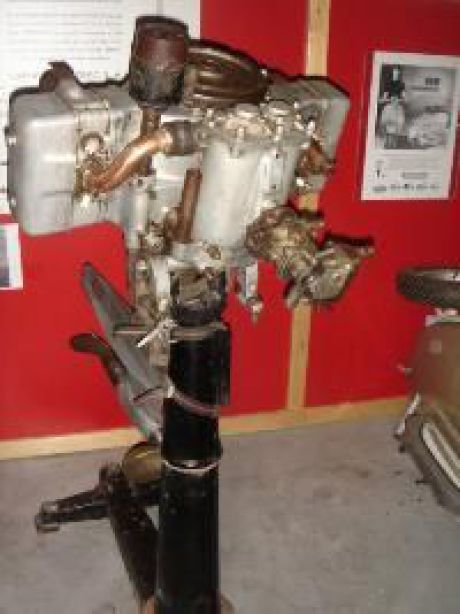 Soriano Nº 515
This 4 Cylinder Soriano is lucky to not have been scraped. Found disassembled in France. (it has a taller 1931 6 cyl Soriano supercharger). 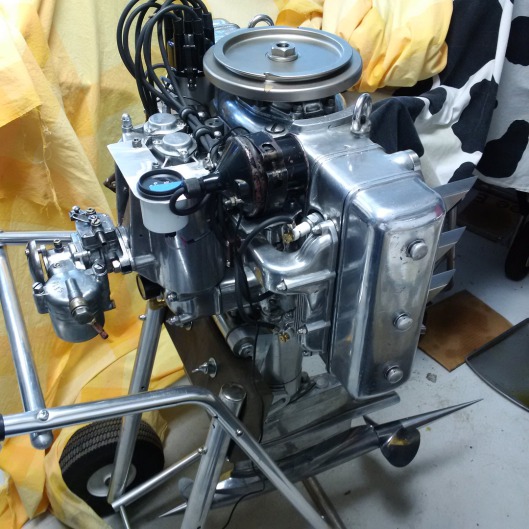 This single cam Sorianos was raced in the 30's by Paul Schiller of Switzerland. Later used as spare parts for the post war races. It is fitted with an early Soriano Supercharger.
55.5mm / 68mm 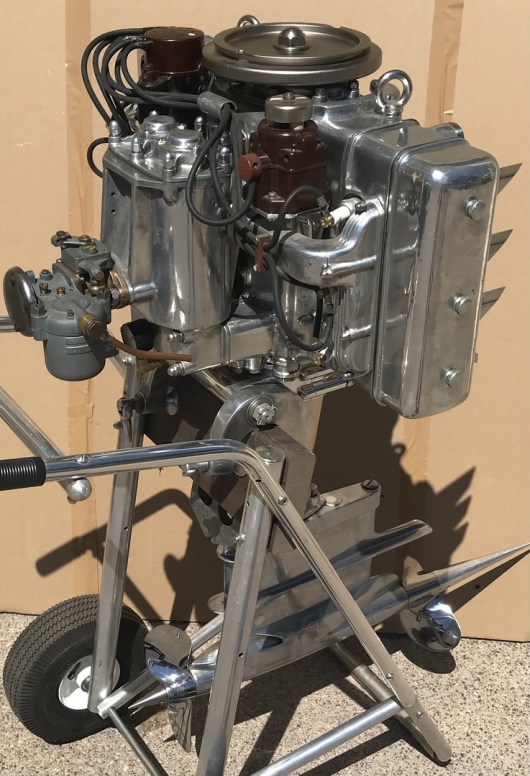 This single cam Soriano was raced in the 30's by Paul Schiller of Switzerland. Later used as spare parts for the post war races. It is fitted with an early Soriano Supercharger. 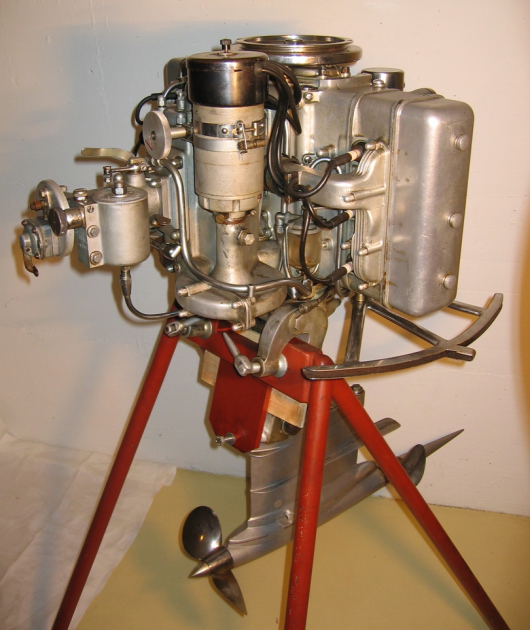 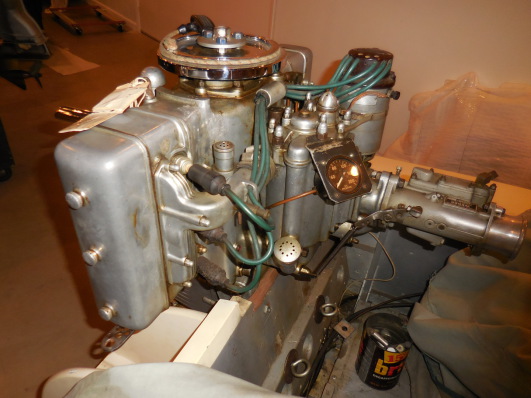 This 6 Cyl SOHC Soriano is in a museum. Raced by Italian Count Carlo Casilini. Sold to a collector in the mid 70's. 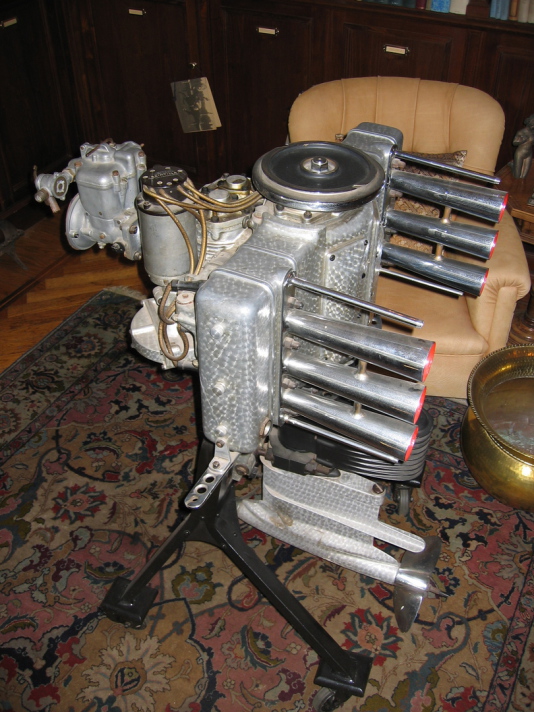 This Soriano belonged to Letto di Priolo, and held the outboard world speed record at 83.473 mph in 1953. 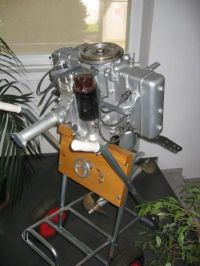 This Soriano motor was raced by Osculati, Officio and Dino Sestini during the 1950's. Several parts were missing but the motor was dressed up for show and is not in running condition. Among the missing parts : Carb, exhaust tubes, and intake manifolds. It was also painted....

This Single cam motor is very intresting. It nicely shows the transition from a stock "Soriano" to a Romani-Soriano. It still has the original Soriano heads and Lower Unit. The rest notably the crankcase, the supercharger, the driveshaft casing have already been modified by Romani. 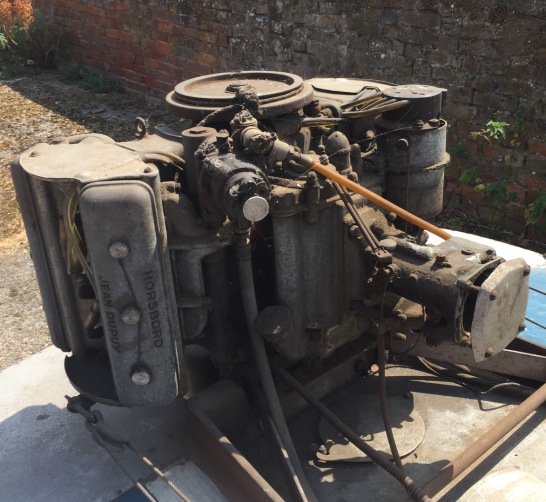 this dohc was raced by Gerbaud and Mercier of France. 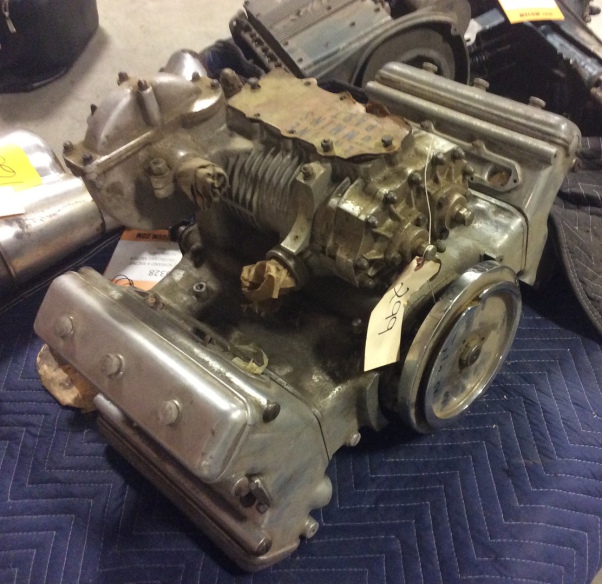 This Dual cam motor shows the transition from a stock "Jean Dupuy" to a Romani-Soriano. It still has the original Jean Dupuy heads. The lower unit is missing. The supercharger is by Romani. Raced by Lord Forbes back in the day. 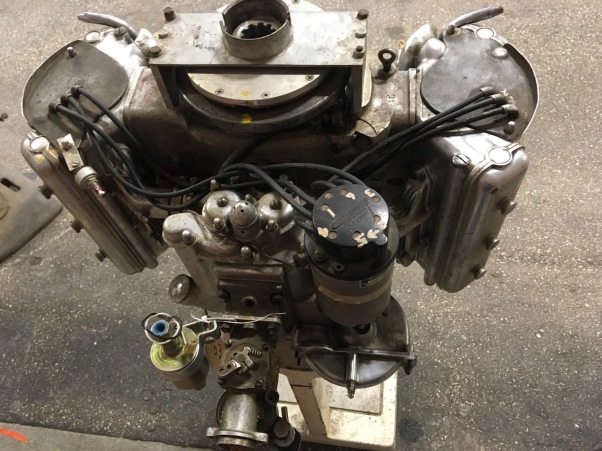 This is Hors-Bords Jean- Dupuy  was raced in France on the Seine river in the 30's by probably Jean Dupuy as well as Georges Caron.

Has some incorrect electric strater mounting bracket and  an electric fuel pump. Sr.Nr 2004 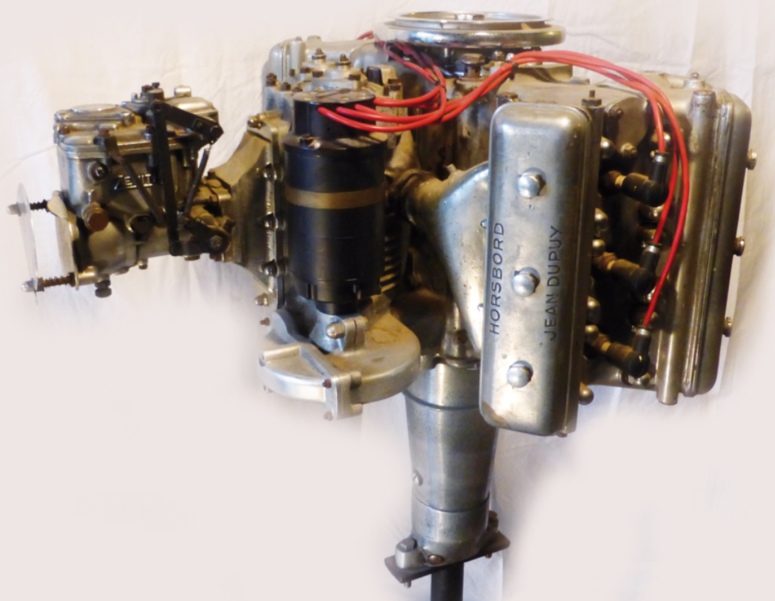 This is also a Dual Cam Motor. Jean Dupuy heads, Romani Super charger, Soriano Lower unit. This one was raced in the 40's and 50's by French racer Auguste Gerbaud. Hors-Bord Jean Dupuy (with Romani Supercharger)
in 2016 the motor was acquired by a Spanish collector. 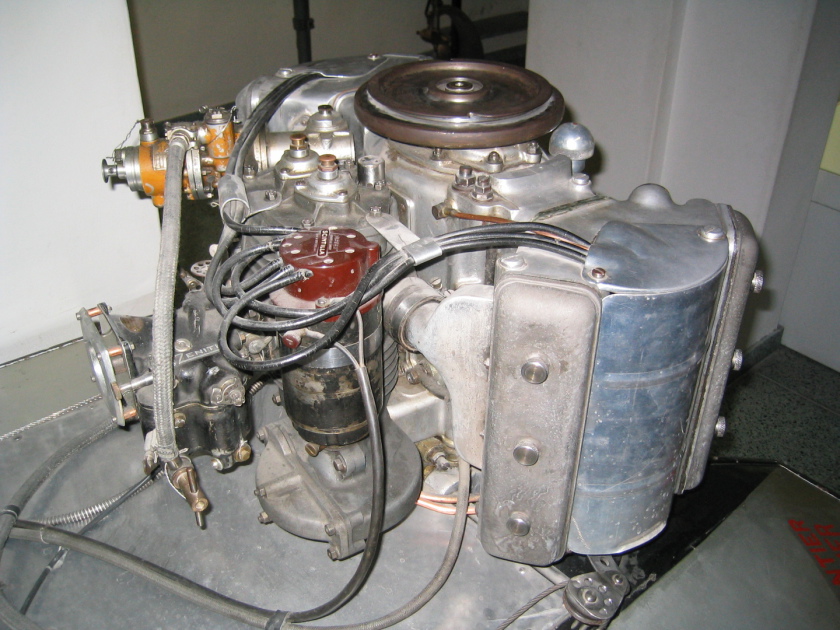 This is a Dual Cam Romani Motor. It is equipped with a Romani Lower unit, and a Romani Super Charger. It was raced in the European Class X championships by German racer Robert Richter. In a Museum... Deutschland 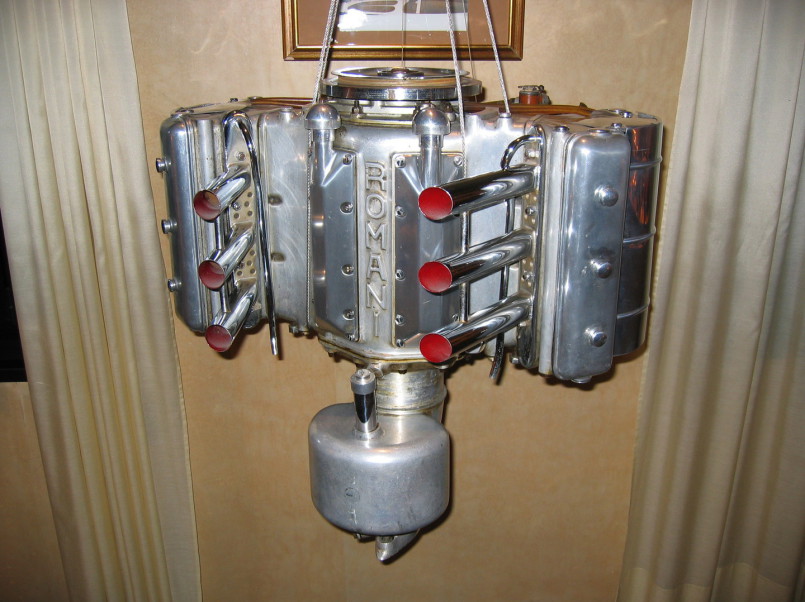 Another one of Romani's master piece. Lower unit removed to prevent injury. 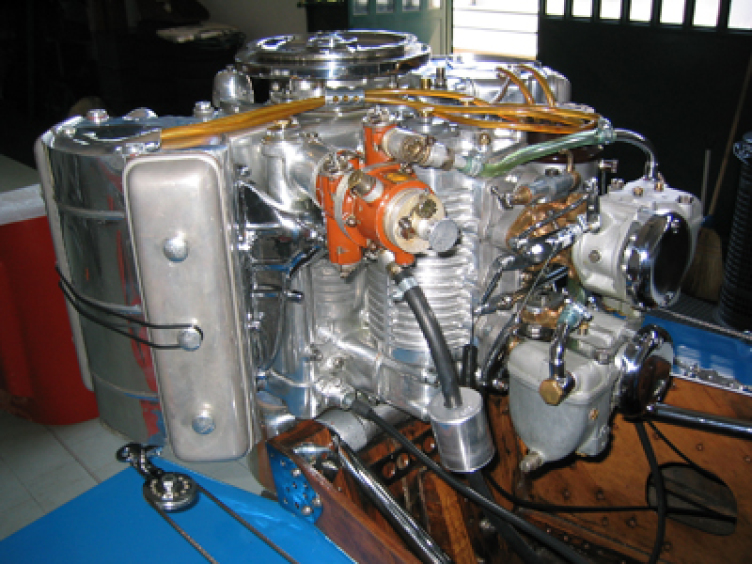 This was the most successfull engine. Raced in the late 40's and 50's by two italian brothers Renzo and Augusto Romani. It has a Romani crankcase, Romani lower unit, Alfa Romeo super charger specialy built for Romani by it's racing department, and Jean Dupuy heads. it was also equipped with dual carbs. Most of this Romani engine ( 95 %) was built post war by Romani. It even bears the name "ROMANI" on the back of it's crankcase. During class X races it was refered to as a Romani-Soriano. 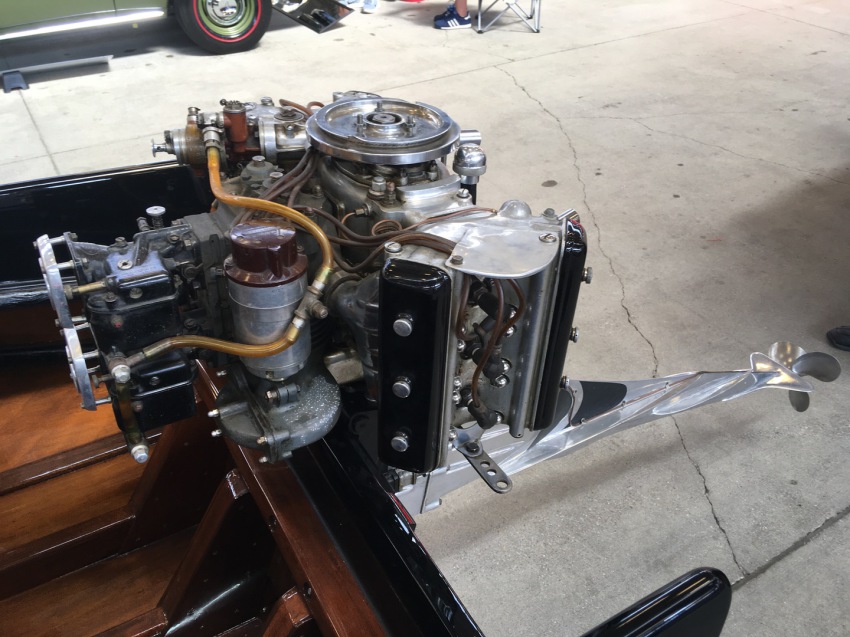 This late 40's Romani motor was the spare engine used as a backup. it's original lower unit was removed and sold... it is now mounted to a French made 30's Dupuy 4ft drive for looks... 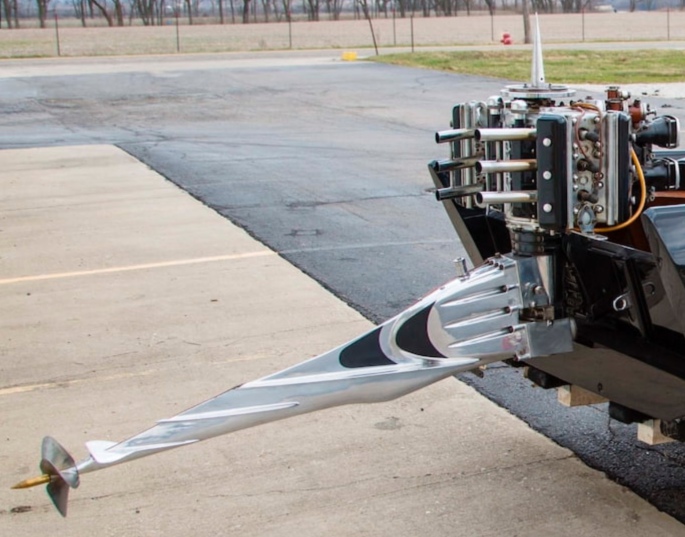 Nice view of the pre war Dupuy 4ft drive. It is incorrectly mounted on a Romani engine. Below is the lower unit that belonged to the motor. 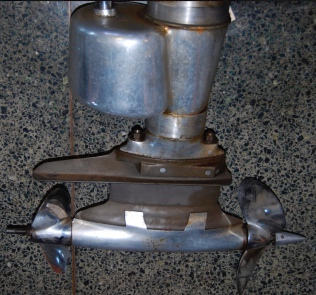 Right : This is the dual Romani prop drive that belonged to the motor above. The prop spear was placed on the flywheel... (see above) 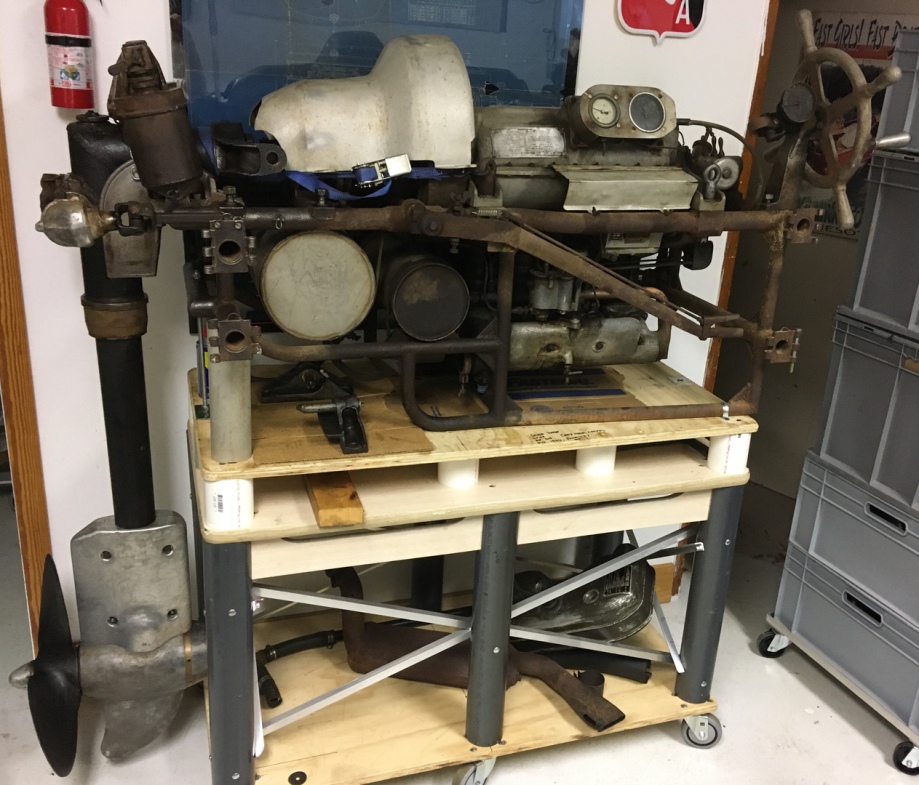 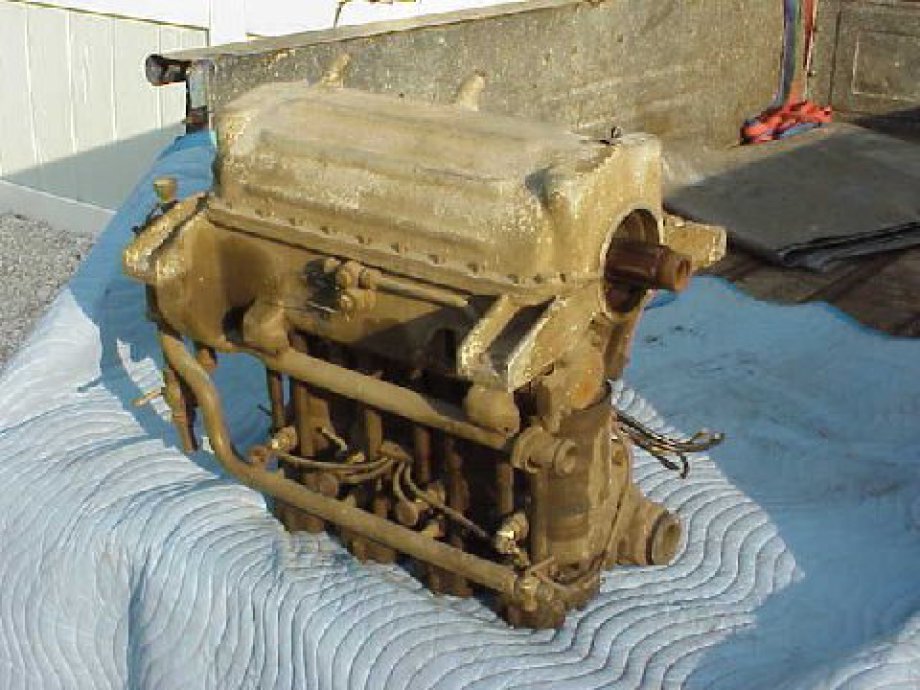 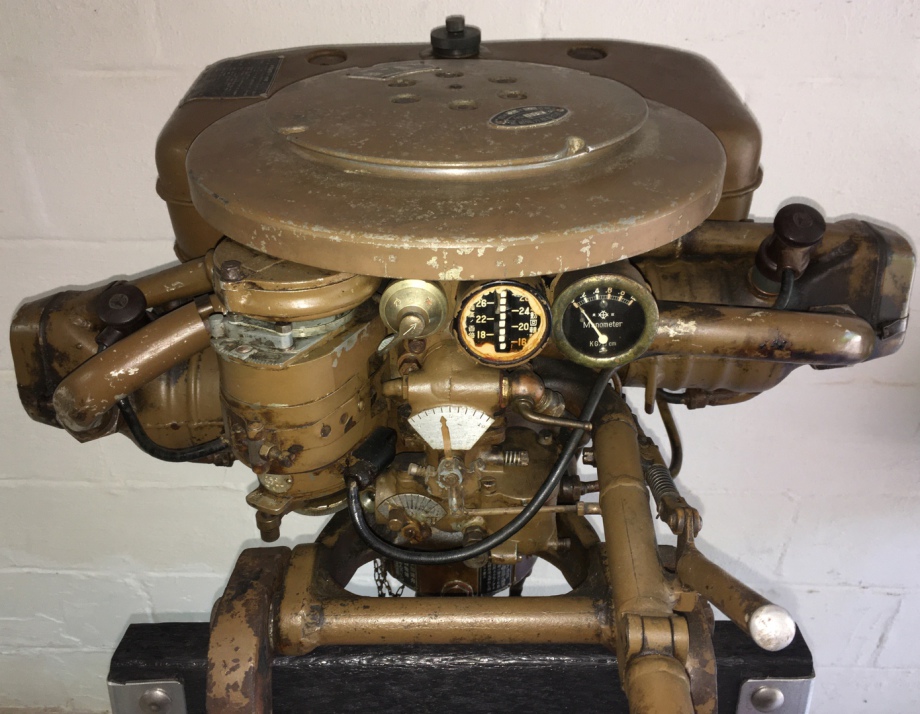 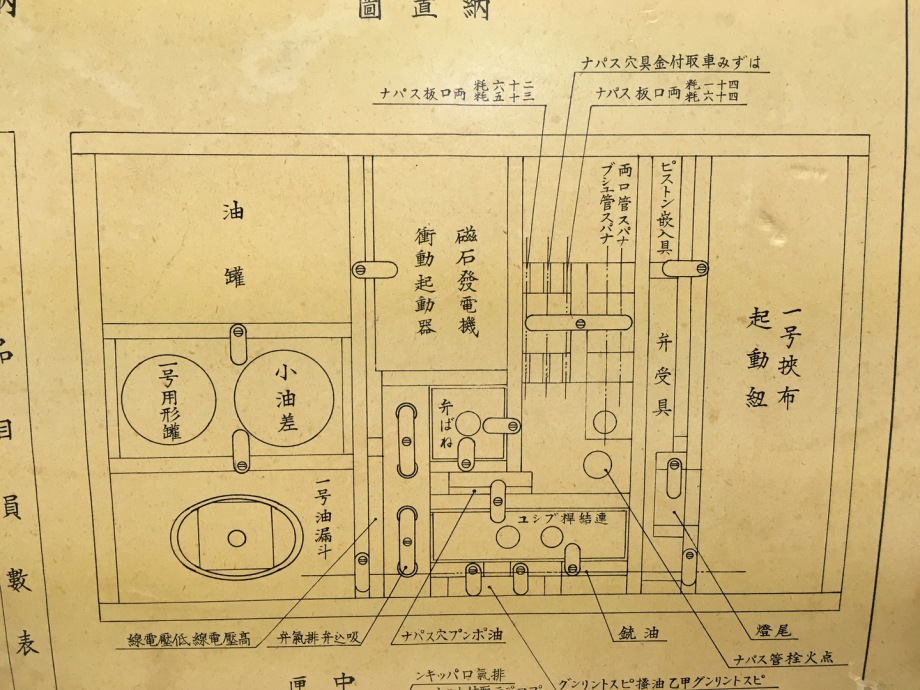 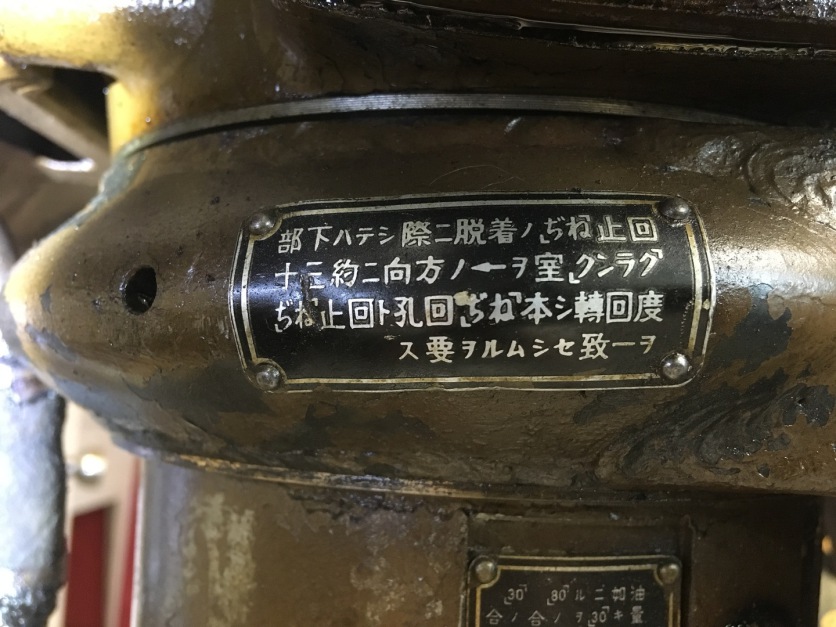 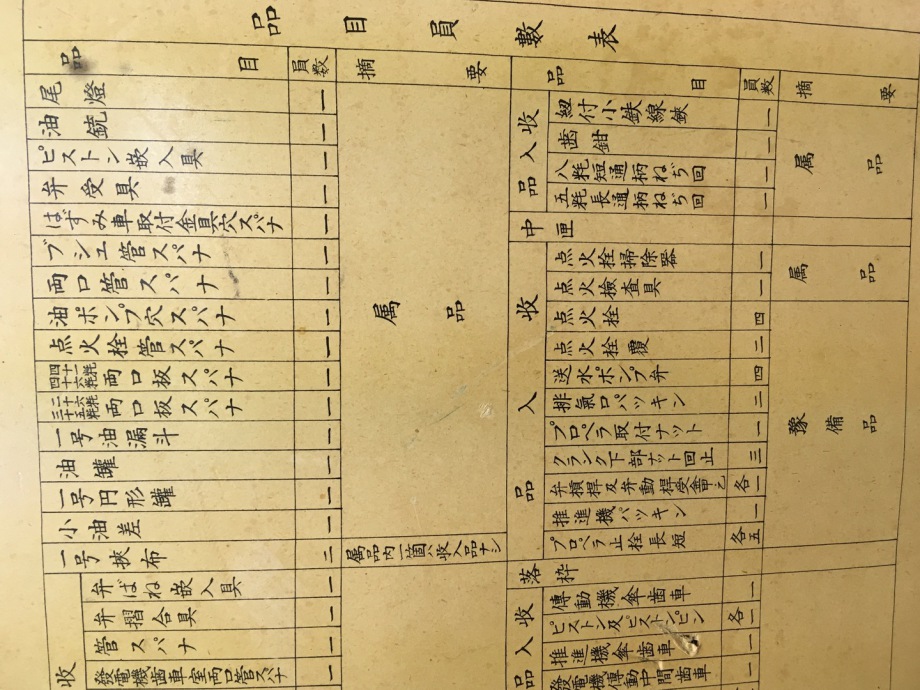 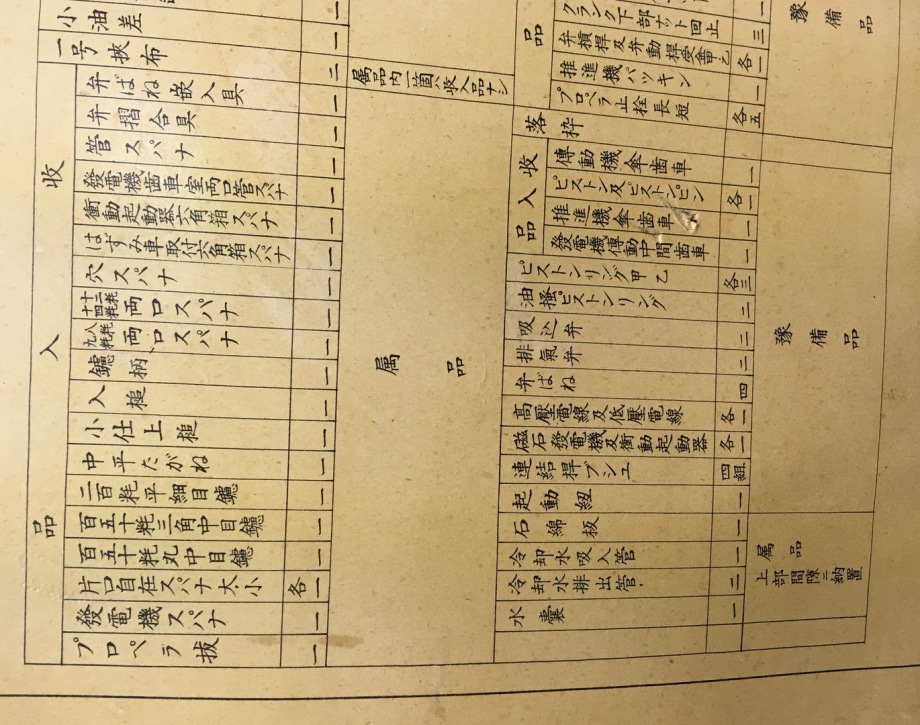 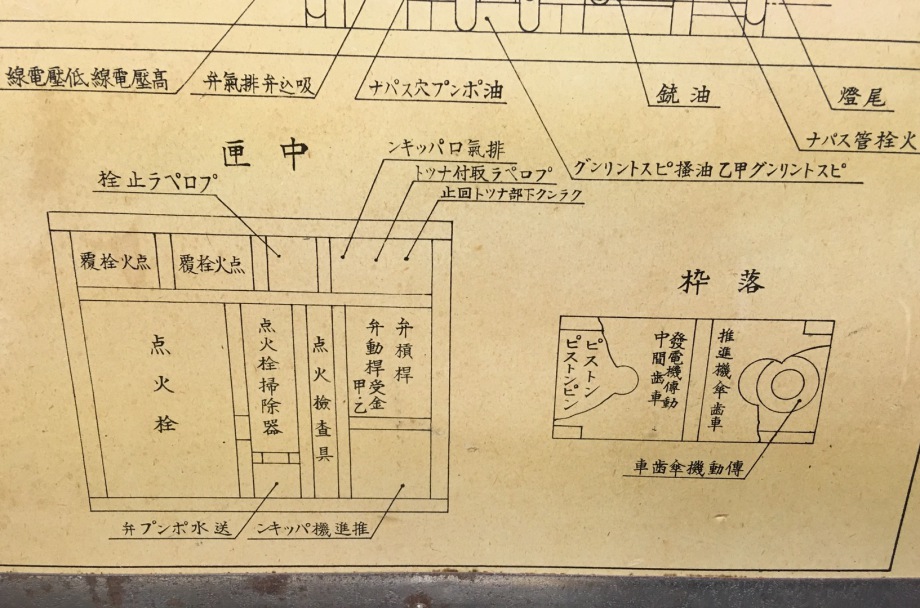